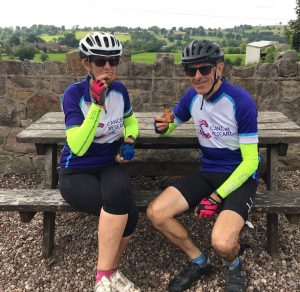 Our stay in Belper had been at the Lion Hotel. It was satisfactory, but didn’t provide some of the facilities we’d got used to at the Premier Inns. However, it was a pleasure this morning to open the curtains to blue sky and a different sort of view from the last 5 nights, where the Premier Inns had been located on industrial parks near to major road junctions. 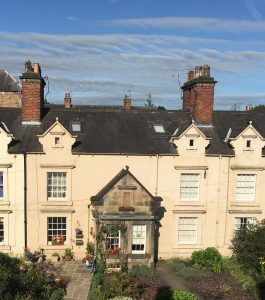 Breakfast was in a function room (the Arkwright Room) that had no atmosphere. The positive element was that there were a significant number of raspberries in the fruit bowl and the staff had clearly taken a course in mind reading. When I looked amongst the yoghurt selection there were no pots of natural yoghurt.  I asked  the waiter “Have you any….” before completing my sentence he advised “No”. I looked slightly confused and he said “Natural yoghurt. Your husband asked the same question”. Rather presumptuous of him. I wish I’d been quick enough to say “He’s not my husband, he’s my current lover”. 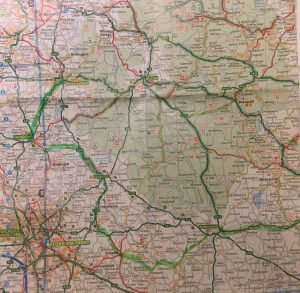 We set off in the blue skies, feeling positive. I was delighted that unlike Tuesday, when it rained heavily for a large part of the day, I would not be serenaded by Patrick when we stopped at traffic lights singing ‘Singing in the rain’. Belper is situated in the Derwent valley and that means we started the day with a hill. When  we’d climbed 100 ft we commented that we only needed to climb another 47 times more.

By the time we reached our first town, Ashbourne we’d completed  20% of the hill climbing. It was great to see that Ashbourne had put out the bunting for our arrival – although they didn’t quite get the brand colours right.  A beautiful market town – it’s added to my list of places to go back to 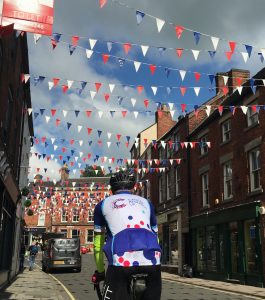 We enjoyed beautiful views for a large part of the day. We travelled along some ‘A’ roads but also down ‘B’ and unclassified roads. The smaller roads were very peaceful – no traffic and no noise other than sheep baaing and birds singing. 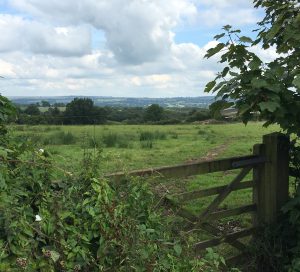 The day was a contrast to the frenetic activity of yesterday. We felt more relaxed as we didn’t have the very tight time pressures of yesterday. At one point we even had time for a stop to eat the  brownies , one of the shop managers had cooked for us. They were perfect – gooey on the inside with a crispy top. Just what was needed to keep us going up the hills.

Whilst we were en-route we spotted these roosters. Any suggestions for a caption?? 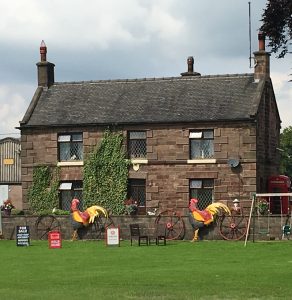 We had to ‘dig deep’ at times on the hills, but one of the positive things about an uphill slog, is the enjoyment of  of a long, sweeping downhill.

Amazingly, we had no significant issues today – navigation was fine, Rubes and Roberto (our bikes) were fine, we were fine, but with rather taut thighs by the time we reached our final shop in Macclesfield. We felt satisfied that we’re now over half way  – 51 CRUK sites visited in the last week, only 50 more to go. Yay!

We were pleased to meet some CRUK staff at the shop in Leek. We were leaving when Roger (Regional Operations Manager), Jamila (Area Manager) and Julie (Head of Retail) appeared. They were in the area today, visiting shops and tried to be at the shop at the same time as us. It was good to chat and thank you for your support. 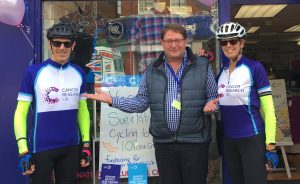 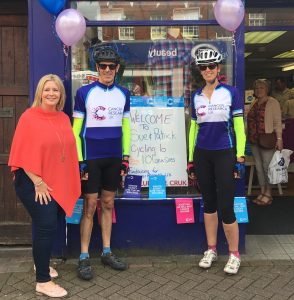 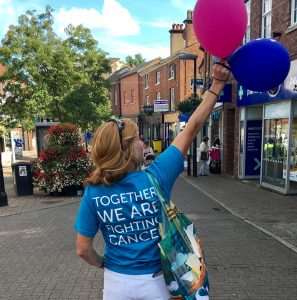 She’s acted as promoter, motivator , supplier of lunches, purchaser of kit we needed, balloon waver and banner bearer. Without her we could not have completed the last 7 days. Thank you so much , Jackie! 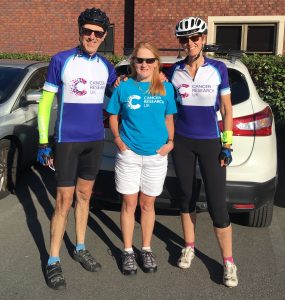 And now for the stars of the show – the CRUK shops. Plus the very popular key facts, provided by chief researcher, Patrick…

A big thank you to staff and volunteers who welcomed us warmly and motivated us to continue up today’s hills. We were genuinely touched by tales of managers who’d changed their plans to be in their shop on the day we were visiting. Thank you so much!

Key Fact – Is known for its annual 2 day Shrovetide football match, in which one half of the town plays the other using the town as a pitch, with the goals 3 miles apart 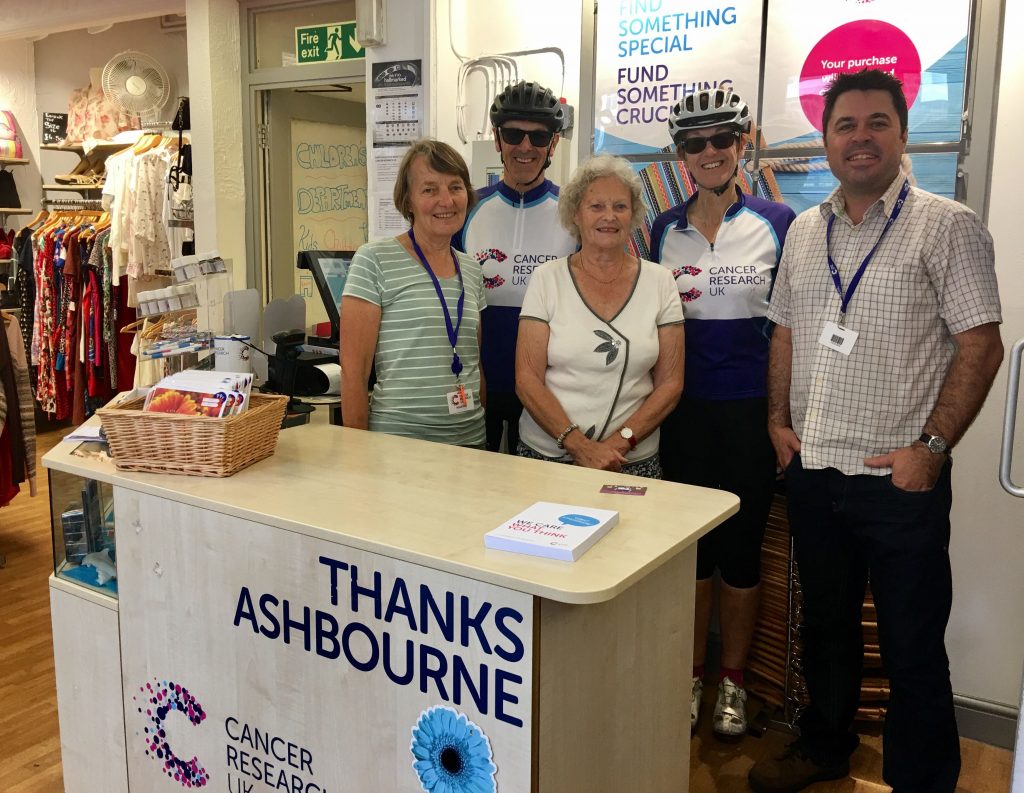 Key Fact – The Anglican and Catholic Churches are both dedicated to St Giles, patron saint of blacksmiths 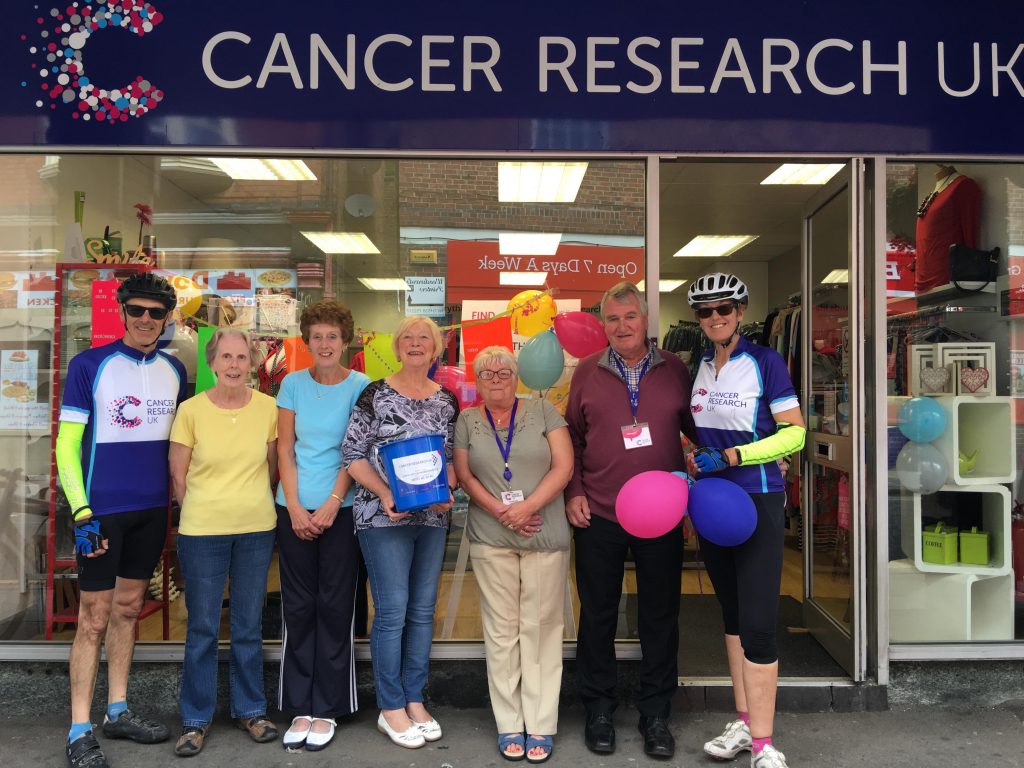 Key Fact – Leek’s motto is ‘our skill assisting us, we have no cause for despair’. 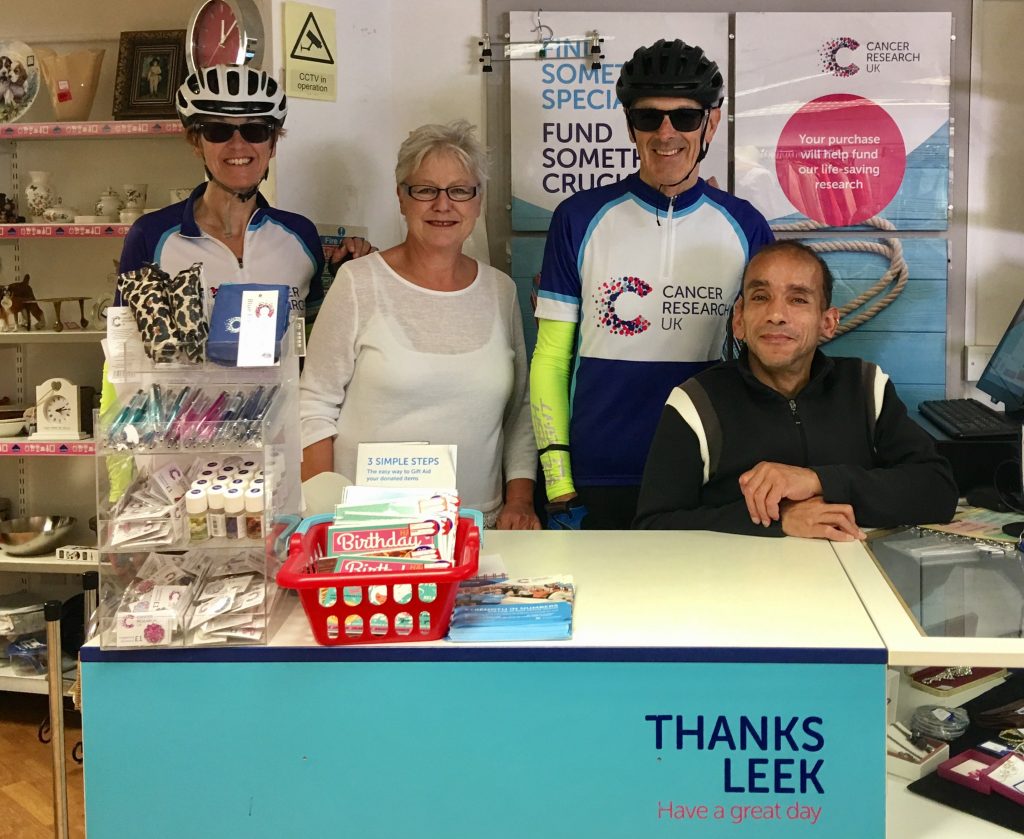 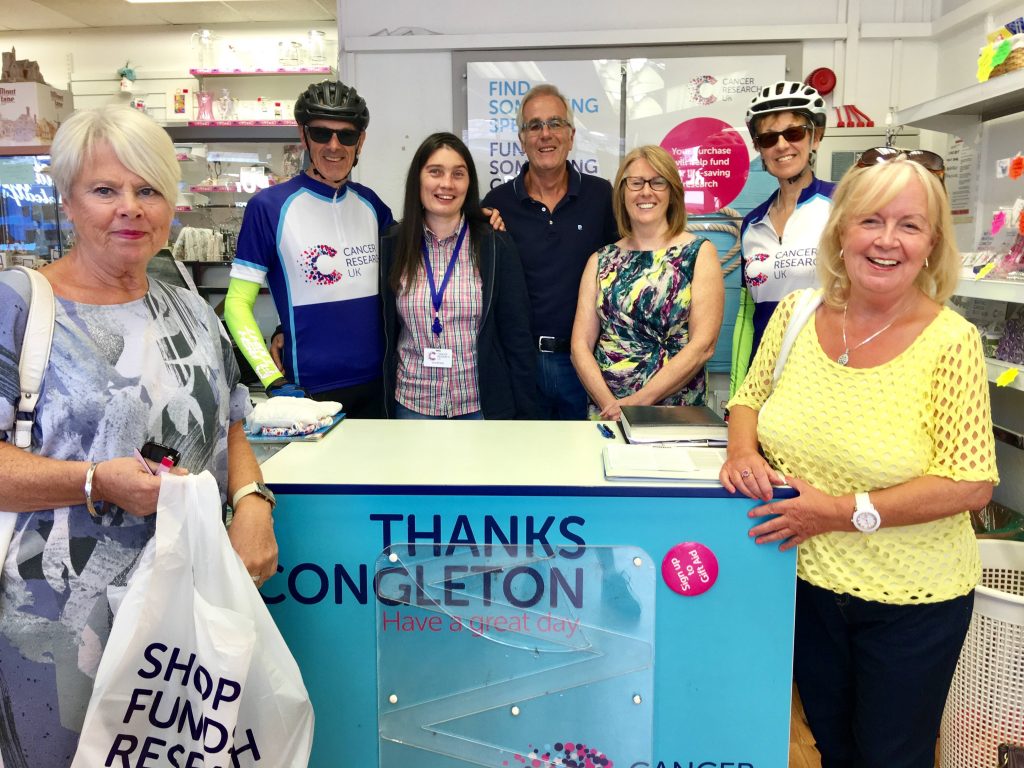 Kelli, Steve and Jan with customers Eileen and Liz #InvitingEfficientClean 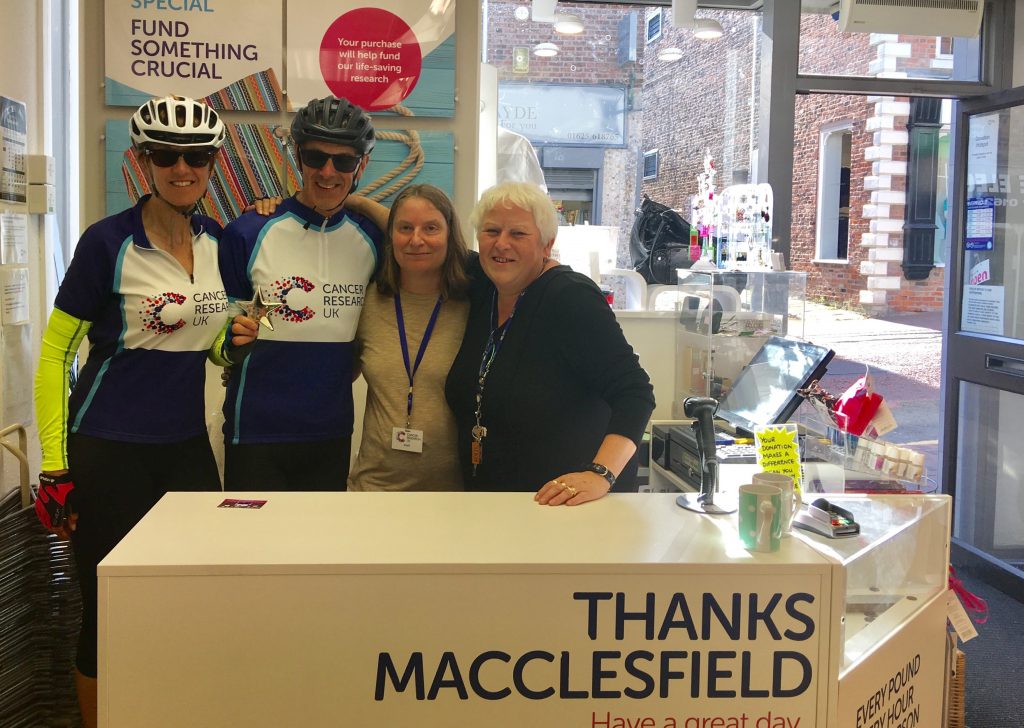